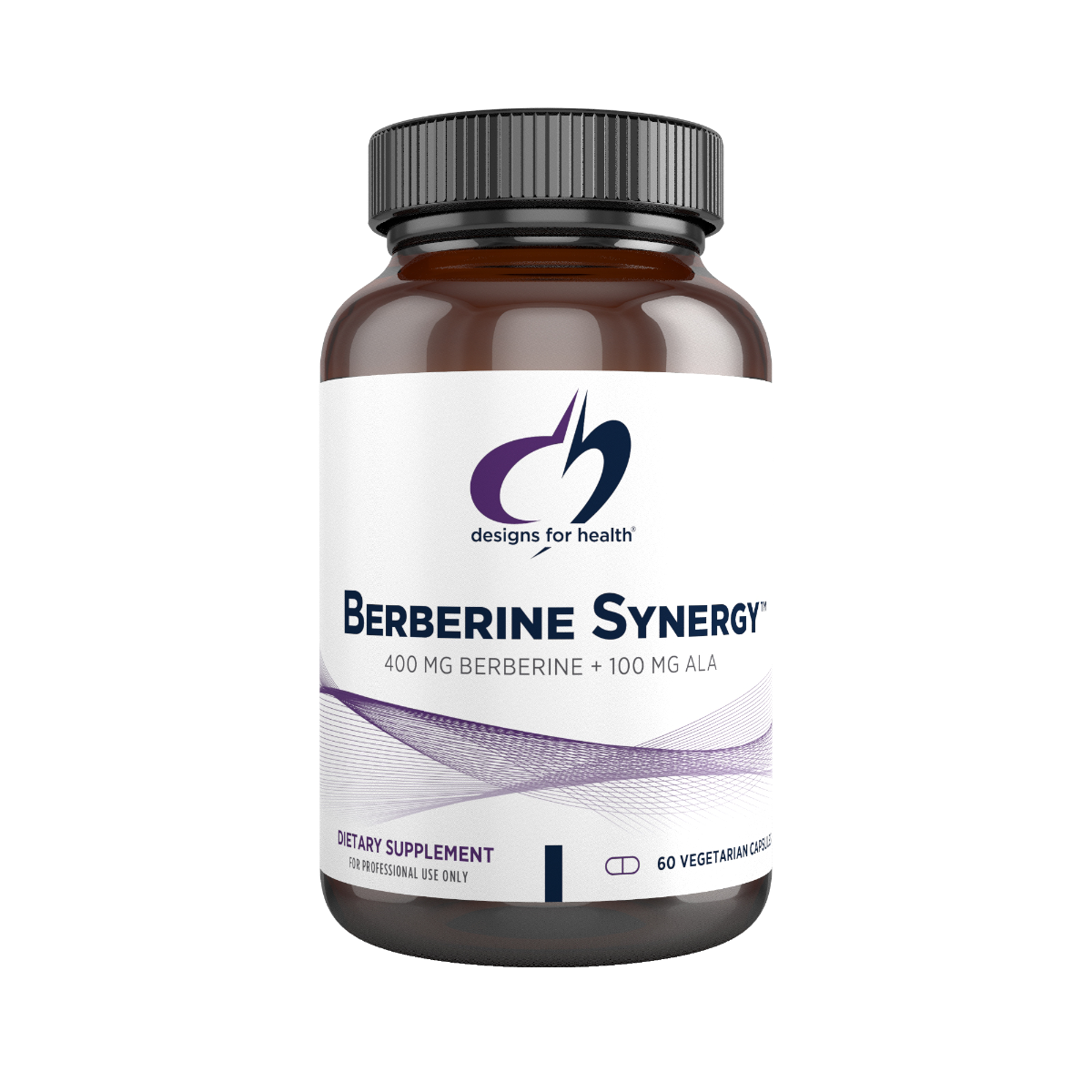 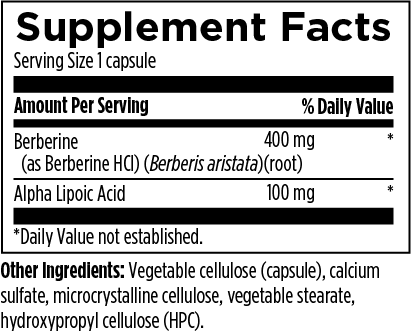 Berberine Synergy™ supplies berberine combined with alpha lipoic acid to help support optimal blood sugar and insulin metabolism, cardiovascular health, and liver health. Berberine is an alkaloid compound found in the roots, rhizomes, stems, and bark of several plants commonly used in botanical and Chinese medicine, such as goldenseal, Oregon grape, barberry, and Berberis aristata. Lipoic acid is best known for its antioxidant properties and its ability to support healthy insulin metabolism and sensitivity. It is also a key cofactor for mitochondrial enzymes involved in cellular metabolism and energy (ATP) production.

Recommended Use: Take 1 capsule per day with a meal or as directed by your health-care practitioner.

Note: Work with your physician to monitor your blood glucose levels, as medication for blood sugar regulation may require adjustment to account for the effects of berberine.

Berberine is a compound found in the roots, rhizomes, stems and bark of several plants commonly used in botanical and Chinese medicine, such as goldenseal, Oregon grape, barberry, and Berberis aristata (from which its name is derived). It has become increasingly popular as people seek natural compounds that may aid in maintaining healthy blood glucose and insulin levels, without some of the adverse side-effects of pharmaceutical medications commonly used for this purpose. Berberine helps promote healthy blood glucose levels and sensitivity to insulin through multiple mechanisms.* One way berberine may aid in healthy glucose regulation is by limiting the activity of enzymes that digest carbohydrates in the small intestine, thus resulting in less glucose being absorbed into the bloodstream after meals.

Alpha lipoic acid (ALA) is best known as an antioxidant. ALA is both water- and fat-soluble, meaning it exerts its antioxidant effects in different types of tissues and different compartments in the body. In addition to its antioxidant effects, ALA supports healthy insulin secretion and sensitivity, in part by facilitating the way cells take up glucose from the blood.* ALA is also a key cofactor for enzymes inside the cells’ mitochondria, which is where fats, carbohydrates, and proteins are converted into energy. Thus, ALA helps support a healthy metabolism