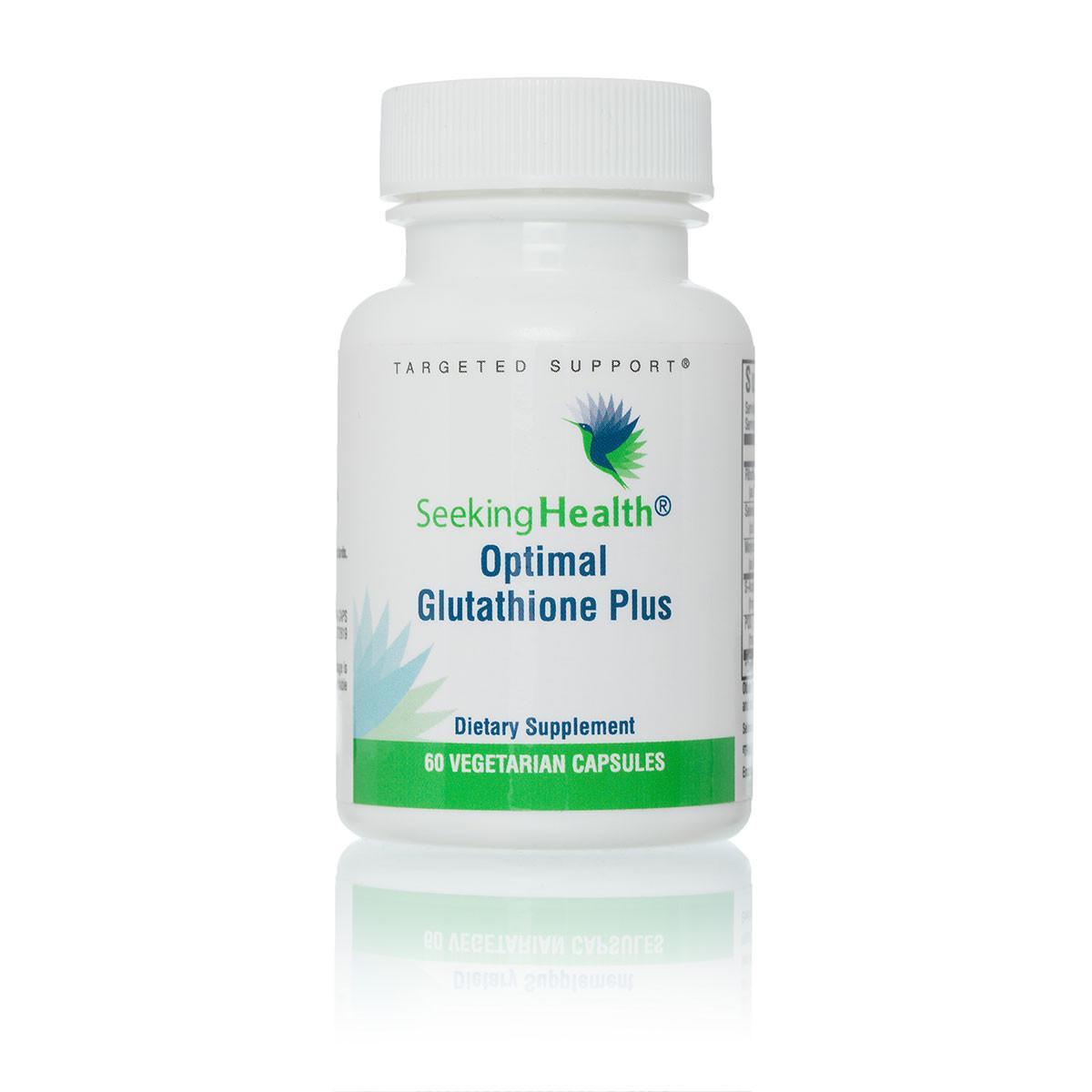 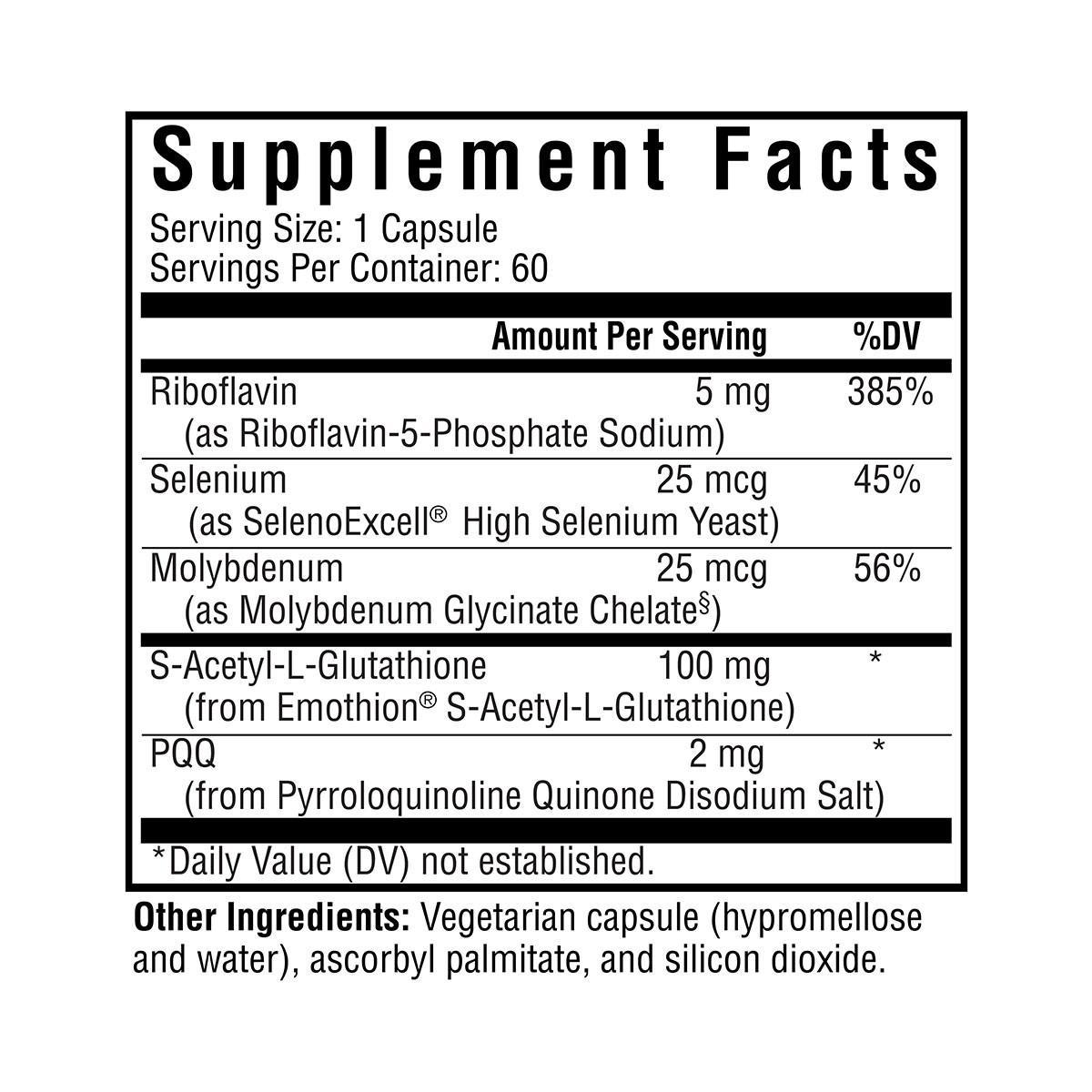 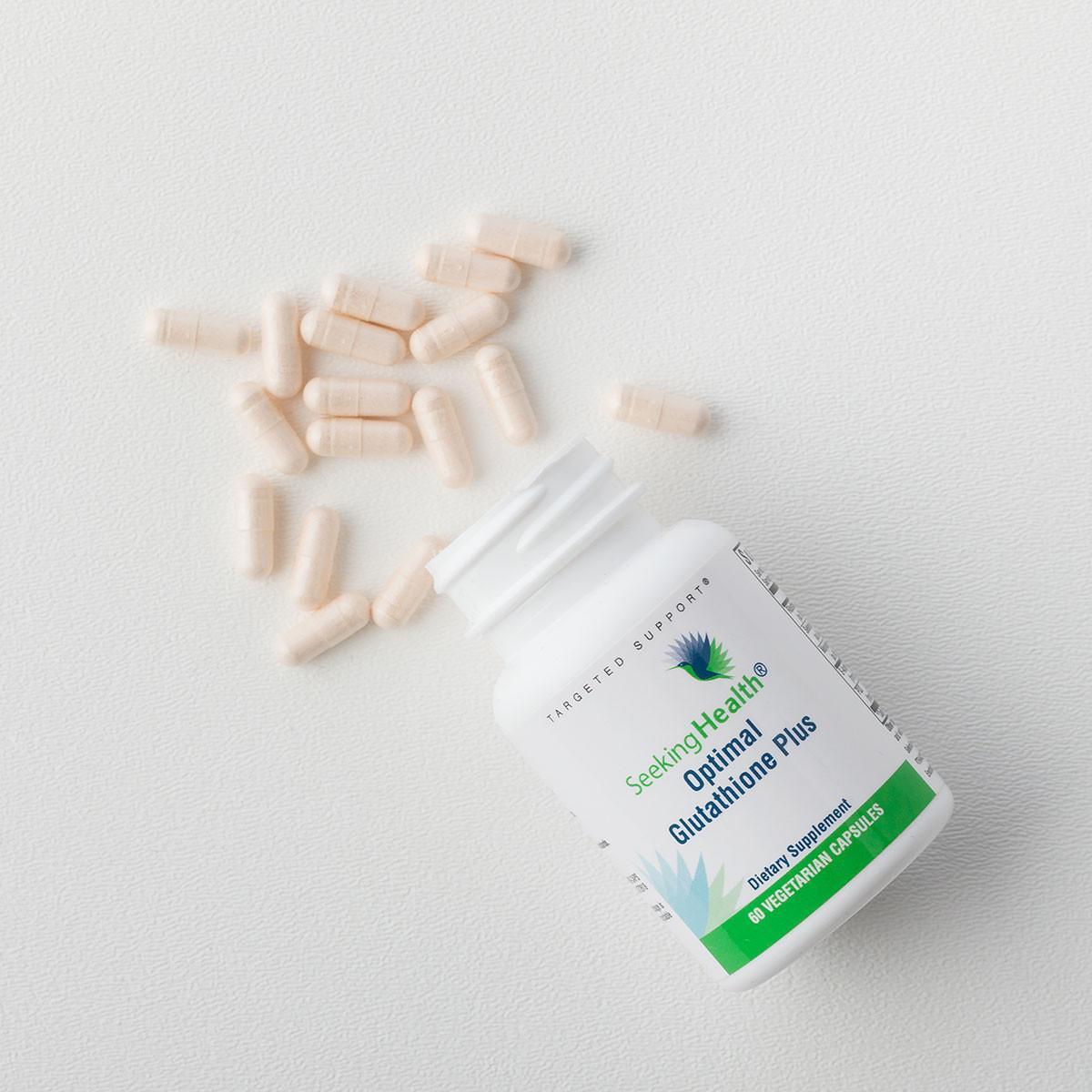 Optimal Glutathione Plus capsules contain 100 mg of S-Acetyl-L-Glutathione per acid-resistant capsule, along with vitamins and minerals that are essential for the body’s glutathione recycling process.*

As the body’s master antioxidant, glutathione can be found in every cell of the human body where it’s involved in critical enzymatic reactions that neutralize potentially damaging free radicals and peroxides. This important antioxidant is essential in supporting the body’s cellular defences and immune system to function at full capacity.

In addition to its role as a cell protectant, glutathione may also help to maintain normal protein structures within the body, marking certain molecules for elimination as waste in the liver. It may also support detoxification pathways and healthy functioning of the liver, kidneys, lungs, and intestinal tract.

Glutathione is present in the body in two forms: reduced and oxidized. It is the reduced form that acts as an important antioxidant. Once reduced glutathione has donated its free electron to neutralize a free radical, it is transformed into the oxidized form. The body must then regenerate reduced glutathione via enzymatic reactions which require specific vitamins and minerals as cofactors. Optimal Glutathione Plus includes these complementary nutrients to support glutathione recycling and healthy glutathione levels.*

The targeted ingredients found in Optimal Glutathione Plus are designed to provide the following benefits and actions:*

Take 1 capsule daily with or without food or as directed by your healthcare professional.

Consult healthcare professional prior to use. Do not use if tamper seal is damaged.

Keep closed in a cool, dry place out of reach by children.

Glutathione can raise glutamate levels in the brain in some sensitive individuals.